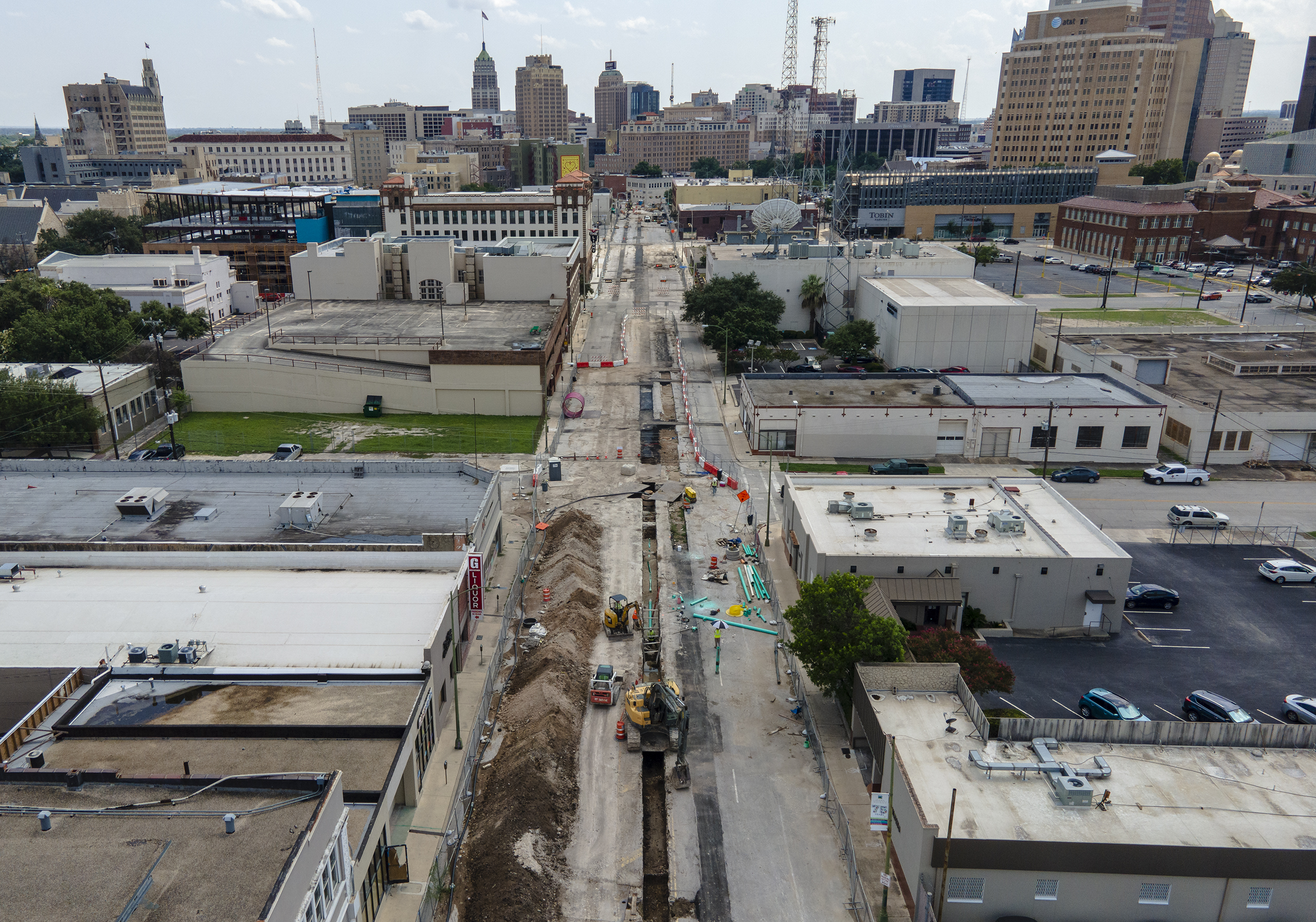 On Wednesday, Walsh and his staff presented a shortlist of bond projects to be included in the proposed $ 1.2 billion bond program. Of that amount, $ 255 million is proposed for projects that city staff see as having a city-wide impact, including projects for entities like the San Antonio Zoo and the construction of a new hospital for animal care services. Voters will be asked to approve this bond program in the form of several proposals ranging from housing to streets and sidewalks.

Wednesday’s board discussion was the first step in the process of determining which projects worth nearly $ 3 billion will make the final list for voters to decide on, and it showed that most members of the council preferred basic needs like street repairs.

Of the $ 255 million in city-wide projects, City Councilor Teri Castillo (D5) said: â€œMy request is to re-designate approximately $ 128 million of this funding and distribute it among the 10 districts using this equity lens.

â€œI think it’s great that we’re having a conversation about the ‘decade of neighborhoods’, and we need to make sure that we meet those drainage needs in neighborhoods. “

After listening to council members on Wednesday, Walsh did not say what changes, if any, would be made, saying he would review his notes and make sure he followed the instructions of council members.

â€œThere are going to be some adjustments based on the feedback,â€ Walsh said. â€œI cannot make all the changes based on my own professional recommendation. And finally, citizens will follow their process.

In the 2017 requirement, Broadway Street improvements and the construction of a land bridge at Hardberger Park were classified as city-wide projects, Walsh said. But now city staff are looking at which areas of the city to invest in. City staff recommend focusing bond projects in certain regional centers, such as the Medical Center, Brooks, Texas A&M University-San Antonio and downtown, Walsh said. The regional center projects include a new $ 3.25 million park for the South Texas Medical Center, $ 10.6 million for road improvements at TAMU-SA and $ 18 million for the civic park in Hemisfair.

But most board members argued for more basic infrastructure investments instead of giving money in the form of bonds to entities like the Sunken Garden Theater or the San Antonio Botanical Garden. They challenged the funding of these projects, questioning their true value to all city residents.

â€œI have an easy fix,â€ Councilman Clayton Perry (D10) said. â€œCouncilor Castillo said the same thing: cut half of the city-wide projectsâ€¦ and then we can reallocate that $ 127 million to the neighborhoods where it should be, to the neighborhoods. Better drainage. Better roads.

A few council members tried to persuade their colleagues that the regional projects had a city-wide impact. City Councilor Mario Bravo (D1) said â€œeveryone is welcome downtownâ€ and the improvements there are helping the whole city.

“I want to encourage everyone to look at this and not look at, ‘what’s in my stack?’ and look at everyone’s piles, but what is good for our city and how can we work together, â€he said.

City Councilor Adriana Rocha Garcia (D4) agreed that downtown belongs to all San Antonians and recognized the importance of regional centers in San Antonio, but argued that certain neighborhoods in San Antonio need to be prioritized.

â€œThe reason I think you’ve seen the councilors on the platform side become so emotional and passionate about supporting our parts of the city is because we’ve been late for so long that it’s going to take us forever to catch up, â€she said. .

For the first time, the 2022 bond program will include affordable housing projects. But instead of the estimated $ 250 million figure to include, city staff recommended $ 150 million. Walsh said that as staff reviewed the projects, they saw that many of the other proposed projects came from the council’s district offices and that the staff wanted to make sure these were prioritized.

â€œSo my recommendation, after talking about the other housing options we have, was to come up with $ 150 million to the board and not cut a lot of the park programs you’re talking about,â€ Walsh said.

â€œThe strategy assumes that our annual budget is the housing budget stays the same, about $ 28 million per year, â€Houston said.

City staff also recommended allocating $ 150 million from the Global Bonding Program to facility projects such as library renovations and the relocation of the San Antonio Police Department impound; $ 450 million for streets, sidewalks and bridges; $ 150 million for drainage and flood control; and $ 300 million for parks and recreation.

On park funding, staff recommended $ 126 million for the city’s linear greenway trails to keep the promise that these would be funded after voters chose to deflect a sales tax from a eighth of a hundred who previously funded the workforce development trail system, Walsh says.

â€œThe county has $ 83 million in its capital program over the next 10 years for the trails,â€ Walsh said. “We know we need an additional $ 200 million to complete our [trails] plan. â€¦ The idea would be that we would finish everything in the 2027 bond program, so let’s finish it all over two bond cycles.

While no one is against investing in trail expansion, several board members have suggested reducing the size of the proposed bond financing.

“We’ve been working on this project for what seems like decades,” said city councilor Phyllis Viagran (D3). â€œWe have the time. We have the money. We can get the resources. We don’t need to make more than $ 100 million right now.

City staff also recommended increasing the bond program’s public art investment from 1% to 1.5% of the overall bond, for a total of $ 15.7 million.