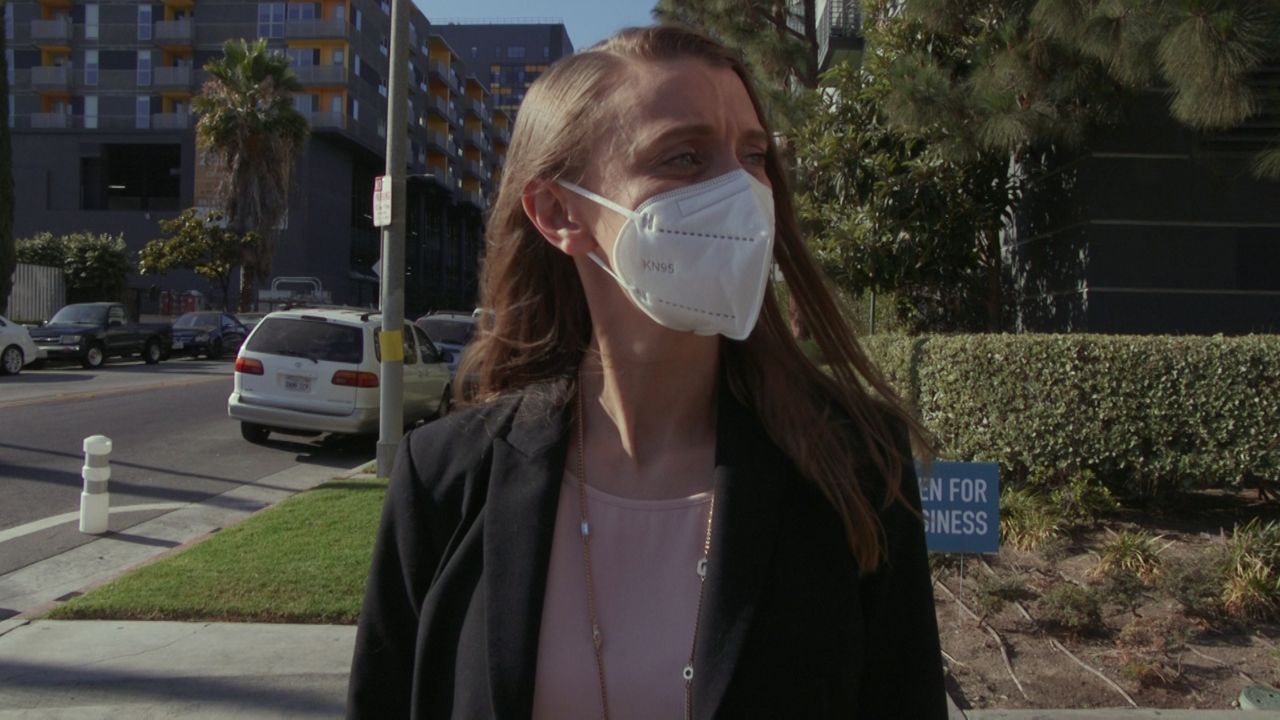 Neighborhood councils meet virtually for the needs of the community

LOS ANGELES – The street bollards are plastic, but they offer a lot of safety for pedestrians, which is why Adriane Hoff advocated having them installed on the corner of Catalina and 7th. As an At-Large representative for the Wilshire Center Koreatown Neighborhood Council, she first heard about the need of students across the street in RFK community schools when they initially called for a red light.

“But after doing further research with the Neighborhood Council, LADOT and the Herb Wesson office, it was determined that a brake light would not be the best option here,” said Adriane Hoff. “So these bollards essentially extend the sidewalk space and give pedestrians more space before entering traffic.”

As a member of the Planning, Land Use, Housing and Transportation Committee, Hoff reviews new development projects and provides recommendations ranging from affordable housing numbers to trees. That’s a lot to cover in one committee, but as a neighborhood council member, these are all issues around the corner where Hoff lives.

â€œThe main issue that excites me is transportation,â€ Hoff said. “It intersects so much with other issues within the city such as housing, homelessness, climate change and it’s an issue I don’t think most Angelenos even consider.”

Neighborhood councils usually meet once a month and if you’re on a committee there are more meetings, but due to COVID-19, the Department of Neighborhood Empowerment has moved all meetings online.

“We will start with a roll call, starting with Adriane Hoff,” said the chair of the committee.

Fortunately, the virtual meeting had a positive outcome.

â€œI certainly miss being one-on-one with my colleagues and with the community, but in a lot of ways it makes meetings a lot more accessible to people,â€ Hoff said. â€œFor people who don’t have daycare and still have other evening obligations, they don’t have to put it all on hold just to show up to comment on an item on the agenda. “

Neighborhood council meetings are open to the public so that stakeholders do not have to occupy a seat to be heard. For Hoff, when she felt powerless to make a difference nationally, she felt compelled to get involved locally.

â€œWhat I could tell the difference was the local issues,â€ Hoff said. â€œAnd so, it’s been really rewarding to get involved, to have my voice heard and to motivate other members of the community as well. “