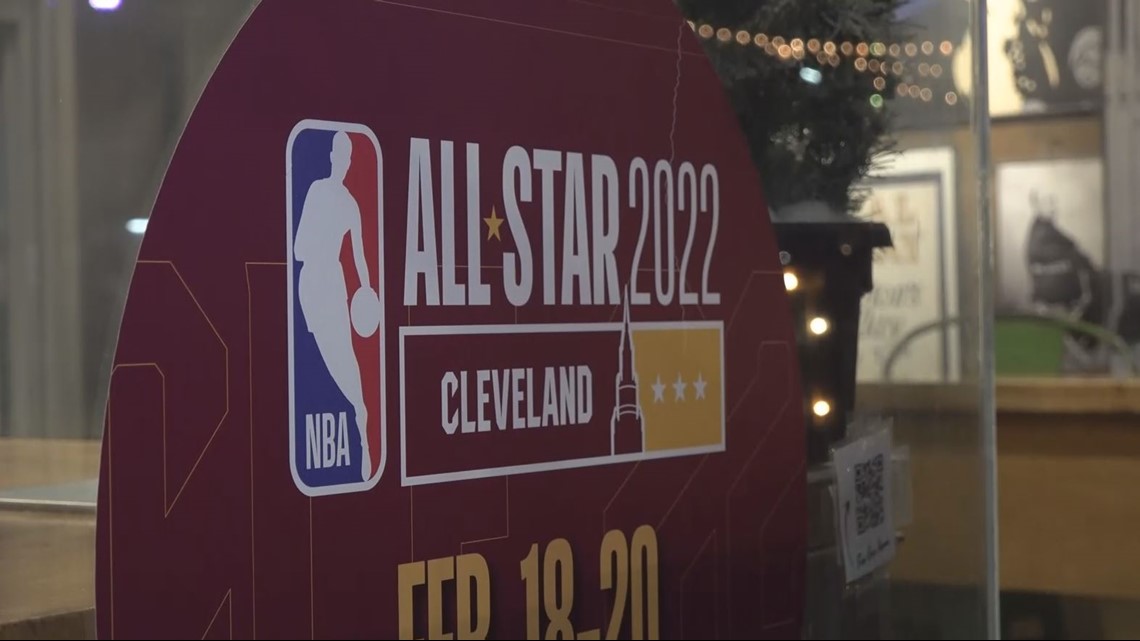 A number of events will begin mid-week to promote health, wellness and social impact.

CLEVELAND – The NBA has announced that it will return to Greater Cleveland this week for several days of youth programming and community events.

In a press release, the NBA said the focus would be on “local community organizations to provide youth-focused programs and support, education, health and wellness, inclusion and economic empowerment”.

Below is the list and description of the events, according to the NBA press release:

Partnering with the NBA as part of the NBA 75th Live, Learn or Play initiative to celebrate the league’s 75th season, the Cavaliers, the City of Cleveland and Sherwin-Williams will unveil their new Cavs Care Legacy project, the space mindfulness learning at Earle B. Turner Neighborhood Resource Center. The space provides a safe and quiet space for community members and reinforces the mission to support the development and well-being of Northeast Ohio’s youth. The grand opening will include a press conference with local leaders and government officials, followed by a ribbon cutting, as well as a youth basketball clinic led by Cavs Youth Basketball coaches.

The Jr. NBA will celebrate the conclusion of Cavs Academy Camp — a multi-day youth basketball event teaching young people the fundamentals and values ​​of the game — at Independence Field House. NBA and WNBA legends will engage youngsters in skills and drills, competitions and camp rewards. The Jr. NBA will also provide the opportunity for other youth from Cleveland City Recreation Centers to attend the camp.

In partnership with Kaiser Permanente, the NBA will renovate spaces at Boys & Girls Clubs of Northeast Ohio – King Kennedy Branch, including a new basketball court and wellness and education spaces. Former NBA and WNBA players will engage youth club members in on-court clinics as well as educational and mindfulness activities that encourage total health.

In recognition of the 55th anniversary of the 1967 Cleveland Summit and its lasting imprint on the history of athlete activism, the National Basketball Coalition for Social Justice will partner with the Cavaliers and other stakeholders communities to dedicate a new historic marker designed by young designers from the Marcus Graham Project, a Cavaliers community partner and recipient of an NBA Foundation grant, at the original site of the Summit. Former Cleveland Brown and Summit attendee Walter Beach, along with Executive Director of the Cadogan Coalition, Cleveland Mayor Justin Bibb, City Council Speaker Blaine Griffin and young project designers Marcus Graham will be present at the ceremony.

The Jr. NBA and Cavs Youth Sports will host an adaptive sports basketball clinic focusing on the fundamentals of the game for 50 youth from Empower Sports, Adaptive Sports Ohio, Achievement Centers for Children at the Broadway Boys and Girls Club. The clinic will include dribbling, passing, shooting and defending stations, fun competitions and games, and instruction on how to play wheelchair basketball.

Members of the NBA family will visit the Studio West 117 community center in Cleveland on Friday and dedicate a new basketball facility and community space before engaging local LGBTQ youth and community members in candid conversations about the inclusion and alliance.

In partnership with the national nonprofit organization Black Girl Ventures, the NBA Foundation will host a pitch competition where seven black and brown college-aged entrepreneurs from HBCUs will pitch their business concept for a chance to win capital. Entrepreneurs are part of BGV’s NextGen program, an NBA Foundation grantee that seeks to create access to capital, capacity and community for student entrepreneurs ages 18-24. NBA Family members and local Cleveland business leaders will serve as judges for the competition, evaluating business models and providing guidance to HBCU student entrepreneurs.

Editor’s note: The video in the player above features an earlier story.

SUBSCRIBE: Get the day’s top headlines delivered to your inbox every weekday morning with the free 3News to GO! newsletter