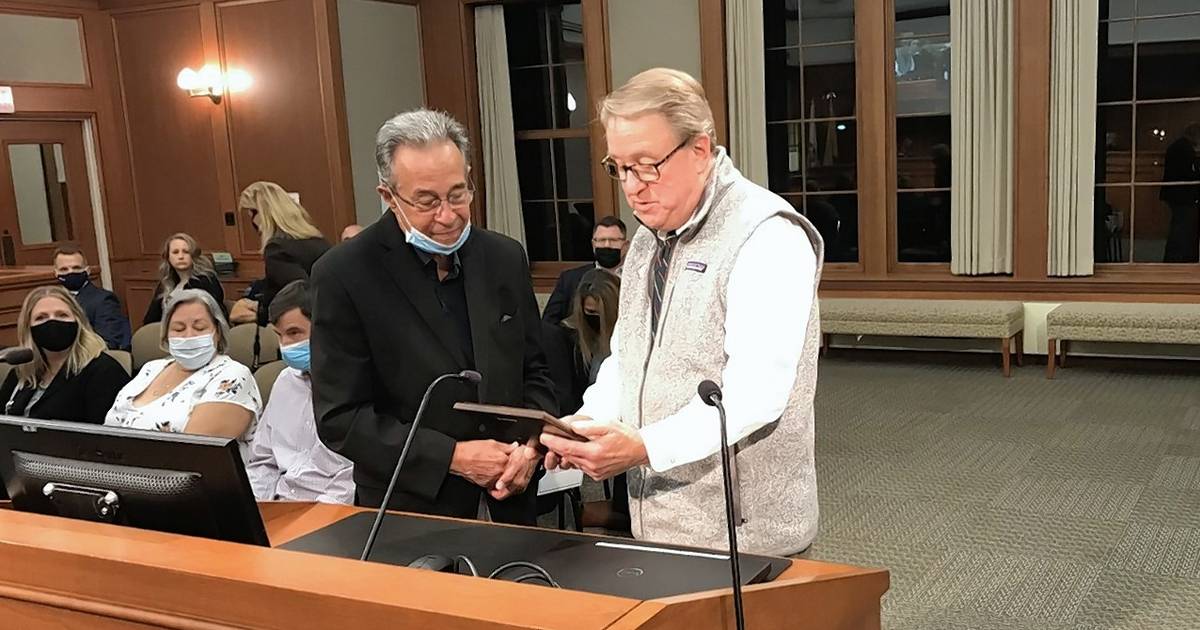 Mount Prospect is proud of its volunteers who in many cases have dedicated decades to community service.

Two notable examples are Thomas Pekras, who served 38 years on the village finance committee, and Jill Friedrichs, a 28-year veteran of the special events committee.

Both were honored recently by the village council in a ceremony attended by two former mayors, Carolyn Krause, who originally appointed Pekras, and Gerald “Skip” Farley, who appointed the first Friedrichs.

Pekras, who moved to Mount Prospect 58 years ago with his wife of 60 years, brought extensive experience to the commission, including serving as the director of the special audits department in the Illinois Comptroller’s Office.

Farley praised Pekras’ service, saying: “Tom has helped present the board with a budget that is fiscally sound and balanced if possible for 38 years.”

â€œWe are enriched when someone like Thomas is able to put their knowledge, expertise, dedication and time to the service of this village,â€ Krause added.

Farley praised Friedrichs, the voice of the 4th of July parade, saying, “You were just the person you needed then and now, given your knowledge of so many people at Mount Prospect.”

“I started on the commission when I was three,” she joked.

Hoefert reminded the public of his other volunteer efforts on behalf of the firefighters, the Lions Club and the village historical society.

â€œThis village would not function without volunteers like you,â€ he said.

Friedrichs said it has been a privilege to work with many wonderful people on the activities of the village.

â€œYou know, we were the party commission, but it takes a lot of work to throw a party,â€ she said. â€œI have just been honored to be part of this village.