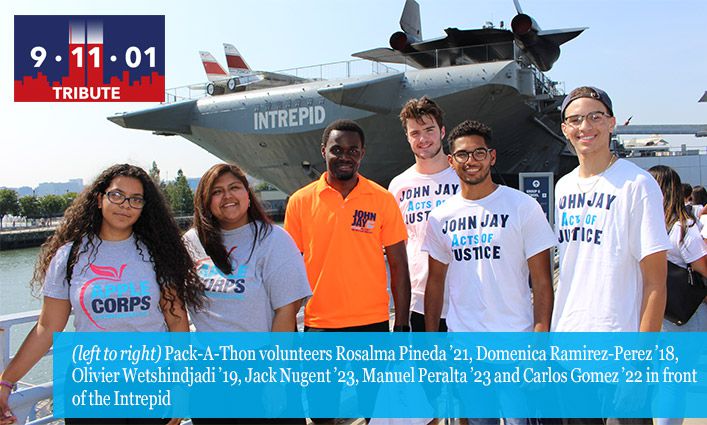 Turning a day of tragedy into a day of service, members of the John Jay community participated in the Meal Pack for 9/11 Day, a city-wide pack-a-thon aboard the Intrepid Sea, Air and Space Museum. The event was one of many pack-a-thons held across the country in honor of those who passed away on September 11, 2001. The meal preparation activities brought together thousands of volunteers to help prepare meals. healthy and dry meals for those in need. On board the Intrepid, students, alumni, faculty and staff of John Jay proudly helped pack oatmeal for the hungry. In total, more than 12,000 volunteers across the country helped prepare three million meals.

We spoke with several John Jay students at the event to find out why volunteering for the pack-a-thon was so important to them. 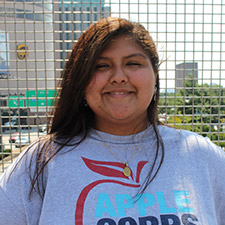 When I came here as an immigrant from Ecuador and learned about what happened on September 11, I truly understood the resilience of the city and of New Yorkers. It was such a tragic event, and so many people lost their lives that day. Even today, we continue to lose first responders to 9/11-related illnesses. Volunteering for this event helps shine a light on the good we can do when we work together. It is important to remember that day and what it taught us: We are stronger when we come together to make the future and our world a better place. 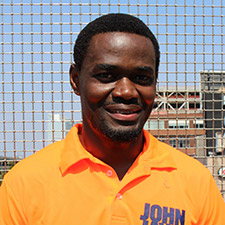 I am a US Army veteran and retired as an E-5 sergeant. It is important for us to be here today because it honors those who lost their lives on September 11. What better way to honor them than by trying to help feed others? It’s the little things we do that help bring people together and allow us to give back to our community. 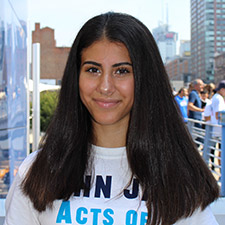 I heard about September 11 when I first immigrated to the United States from Egypt. My father told me that things would be different and that our lives would change completely because we are of Arab descent. He said that life would never be the same for an Arab again, because people will automatically regard us as terrorists. I wanted to participate today to let people know that the United States is also my home and that not all Muslims are terrorists. It is my job to remember those first responders who sacrificed their lives and to remind people that this event affected everyone, no matter where they came from. We must remember that the only way to heal is to unite as a united country. 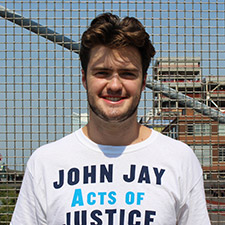 September 11 is a day to remember the heroism and the people who sacrificed their lives. I learned about the attacks for the first time in elementary school. I remember my teachers telling us stories about what had happened. Participating in this pack-a-thon sounds like a small act, but it’s an incredible act of goodwill. Giving back to the community is our way of honoring those we have lost and using their sacrifice to remind us that we must be united, that we must do good, and that we must be good to each other. 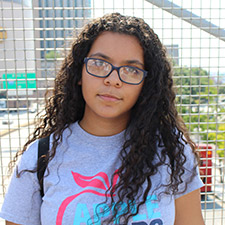 This is my first time volunteering at an event like this. I can’t wait to see everyone come together today because it is such an important day. We need to remember what happened that day and those we lost. It is important for us to keep their memory alive, and what better way to do that than by coming together and helping our community. 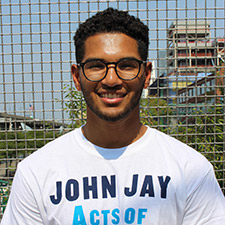 My father is a correctional officer, and my aunt and uncle are police officers, so this day touches me personally, because I could have lost them. The first memory I have of September 11 goes back to elementary school. It was such a horrible time in American history and I think even if you weren’t born around that time you should still know it. I hope that by being here today, I can do my part to keep the memory of those who died alive. 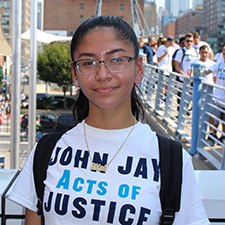 As a child I remember seeing the ceremonies where they would recite the names of the victims on television. It was then that I realized how many people had been affected by this horrific tragedy. This is why it was important for me to be here today to help prepare meals for those who need it most, because it is a way of honoring those who have lost their lives. By preparing these meals, by working with others, by doing this good deed, you honor them and you honor their loved ones. 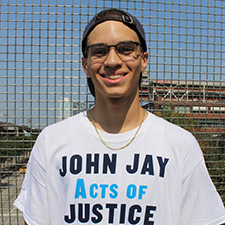 It is very important for us to remember September 11, 2001, because while it may not have affected me personally, it did affect many people I know. For me, it’s very important to give back to communities and help those who need it most. I love the idea that on this day that this horrible event happened, we can create new memories of love, togetherness and the spirit of giving back. 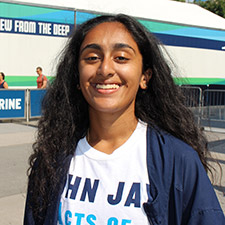 In fact, I was born three days after the tragedy of September 11. I remember hearing about it for the first time in elementary school. Every year, on the anniversary, our teachers showed us a documentary and talked about the event. It was truly heartbreaking to learn that so many people have died in such a tragic way. Being a part of this pack-a-thon is important to me as there are so many people across town who are food insecure, so being able to cook meals for those in need and the victims of 9/11. who might need it, is a wonderful thing.

More scenes from the event: